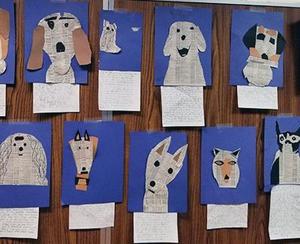 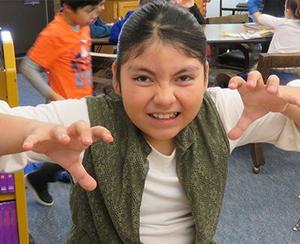 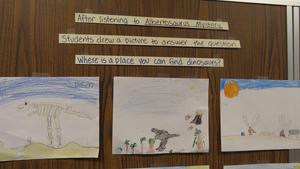 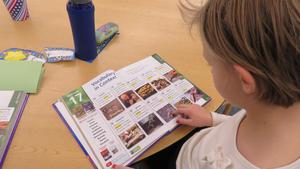 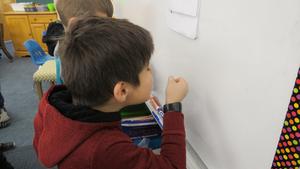 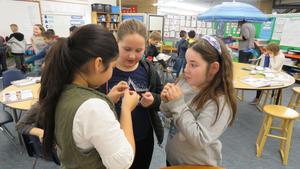 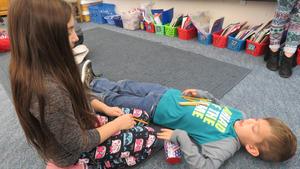 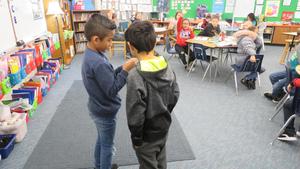 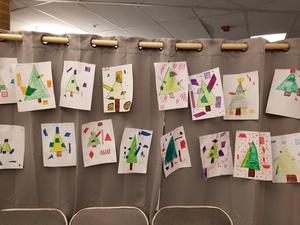 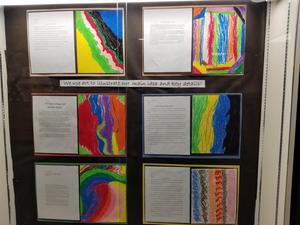 Centennial Elementary’s curriculum enlists the arts as a tool to help kids build connections in the classroom.

Students in Kira Skinner’s third-grade classroom are deeply engaged in the arts. But rather than learning drawing, music or acting as break-out sessions, they’re using these skills to improve their understanding of more traditional academic subjects like math, reading, vocabulary and science.

It’s all part of Centennial Elementary’s arts-integrated curriculum. Unlike arts-enhancement curriculum, which adds the arts as an extracurricular element, arts-integration is aimed at enlisting the arts as a tool to help kids build connections in the classroom.

“When they have to produce something, it shows that they understand it,” said Skinner. “I think it sticks better because they have to be active and participate in the art project.”
Research also shows that integrating the arts with other disciplines can reach students who might not otherwise be engaged in classwork.

For kids who may struggle with visualizing their ideas, Skinner helps by giving them some suggestions of what they could draw, or sometimes even drawing half of a picture to get them started and offering encouragement. Centennial is halfway through its second year with an arts focus. Some other district schools also have adopted a particular focus, including mastery-based education, project-based learning, and blended and personalized learning.

“Art leads to a higher level of learning,” he said. “Creativity requires thought and risk.

Everybody has some level of creativity, but it takes risk to act on that and put yourself out there.”

Judging by improvements in the school’s IRI and ISAT test scores, the program is clearly working.

Harman encourages teachers to include all mediums of art (not just visual), but they can use the areas they feel most comfortable with. For Skinner, that is visual art, but she also includes drama by having her kids act out their vocabulary words each week and incorporating plays where she can. Here’s how the vocabulary exercise works: every child is involved, either acting out a word alone (for instance, they could choose the word fierce, demonstrated by baring their teeth or showing claws) or in small groups (such as argue, shown by two or more children disagreeing). Representatives of each small group are then selected to act out their words in front of the whole class.

The exercise seems to be working. Skinner is seeing more engagement and kids who enjoy school more. “They look forward to acting out the words,” she said. “Their faces light up and it builds engagement and creativity.”

The creativity is key to educating kids for today’s world, where technology is taking over so many jobs. “It’s important to remember that robots can’t think creatively,” she said.
“Arts involve logic, trial and error, and creativity,” all important skills in the work force. Recent arts-integrated projects include research on working dog breeds. Students enjoyed a visit from a police officer, who brought a K-9 partner. Then each student learned about a specific dog breed, compared and contrasted their breed with those of their classmates, wrote an informational paragraph, and created an image of their dog out of torn printed paper.

Other projects have included creating Christmas trees from geometric shapes and learning about number lines and rounding by drawing on the playground with chalk. They also got a lesson about telling time by lying down in the middle of a circle and using their bodies to imitate the hands of a clock.

“Art helps them form connections and then make those connections even stronger,” Skinner said.